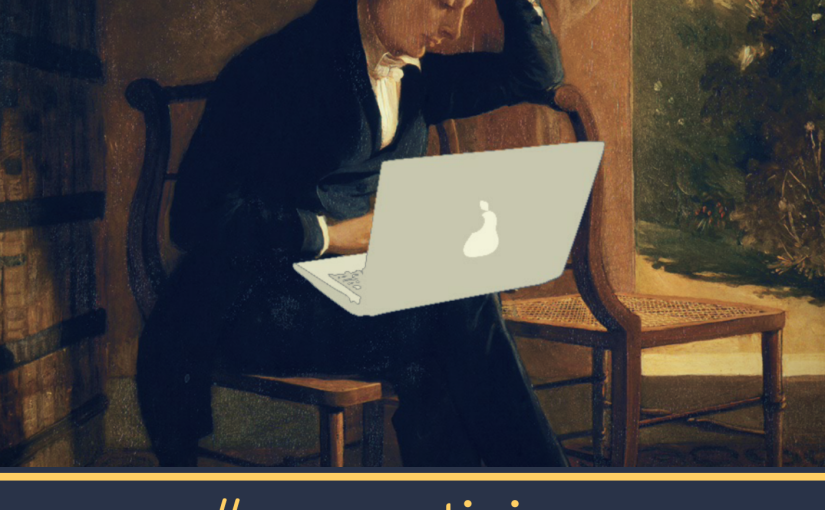 John Keats was a brilliant poet and a darling of the Romantic age and whilst his legacy has been somewhat eclipsed by the formidable shadow of Lord Byron, many snippets from his works have slipped into common usage. For example “A thing of beauty is a joy forever’, that was his, it’s from a poem called Endymion. I’m not sure how many people are aware of its origin, I certainly wasn’t until I stumbled across the poem in a collection in my high school library.

Today I follow The Keats Letters Project, The Keats Shelley Society and The Keats Foundation on Twitter and daily, depending on the congestion of my feed, I often get a random daily dose of Keats.

In this post, I’m going to focus on the works of the Romantics and the place they have posthumously found within social networks such as Twitter and Facebook. The titular ‘#romanticism’ will immediately bring up results for an ocean of tweets of the work of the great romantic painters, including the works of Dante Gabriel Rossetti (pictured) generally tweeted by accounts that identify as the artist’s name such as John Everitt Millais @artistmillais.

Rebellious and subversive poets such as Samuel Taylor Coleridge & Percy Bysshe Shelley never lived to see their writing form become old hat. There was no possibility that they could comprehend moving from romanticism to modernism, modernism to postmodernism and so on. The likes of Shelley, Byron and Keats have drifted in and out of favour and in this age of social media we might expect that these tired authors might be firmly relegated to history. But then came social media and literature nerds like myself and countless others are consistently brushing off the metaphorical dusty pages, canvasses and plates to not only digitise but memorialise and adapt pieces of the Romantic movement. Below is one of my tweets using the #romaniticism hashtag to share an edited image from a literary annual featuring works of Romanticism for young ladies to promote my podcast that talks about a work of Romanticism by Mary Shelley, one of the great authors of the Romantic movement. And that my friend is convergence.

Vast quantities of books from the Romantic period have been digitised by libraries and archives, they have been transcribed by volunteers at Project Gutenberg and read by volunteers at Librivox. That information or the books they are derived from is then used by others to write blogs, record Youtube videos, make podcasts and create those very pretty and ambiguous inspirational quotes.

All or most of these creations are shared on social media. But none of this happens without the human desire to make mediums collide and take their experience of a text into a different realm. These sharable, likeable and Tweetable formats that we squeeze these often weighty, sometimes iconic texts and images may have the effect of diminishing the work, but it can also have the effect of adding to rather than subtracting from the narrative of the artefact; that is it can make a static piece of art into something that living, morphing and consistently reimagined. Ross & Sayers (2014) highlight the way that modernist texts can become alive through social media and other internet-mediated discourse and a similar argument could be applied to the preceding Romantic movement.

If 'Poetry: the best words in the best order.' (Samuel Taylor Coleridge)
then what on earth is Twitter?#romanticism #poetry #coleridge #quotes #homework #literature

As Wright suggests in ‘Battle of the Books’ (2009) this new digitisation of literature means that ‘the book is becoming a fluid entity that can flow into a number of vessels’ and the same is true of poetry and art. The appeal of these particular works of the Romantic period is surely due in no small measure to their status in the public domain, leaving these iconic works that helped pave the way for western cultural heritage as we know it freely available for anyone to read, dissect and reimagine.

As Wright suggests in ‘Battle of the Books’ (2009) this new digitisation of literature means that ‘the book is becoming a fluid entity that can flow into a number of vessels’ and the same is true of poetry and art. The appeal of these particular works of the Romantic period is surely due in no small measure to their status in the public domain, leaving these iconic works that helped pave the way for western cultural heritage as we know it freely available for anyone to read, dissect and reimagine. 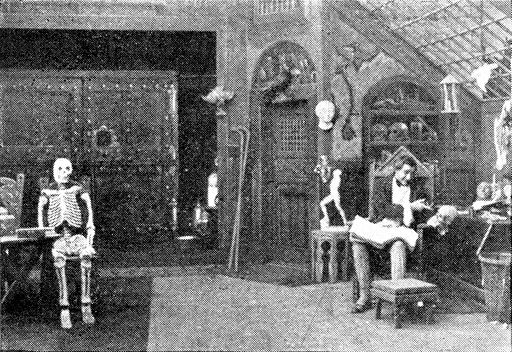 When a novel like Frankenstein appears to come out of the blue and change the world of literature forever, finding the inspiration behind it can keep scholars and enthusiasts busy for centuries (yep, we hit year 200 of Frankenstein publication this year!). Finding the inspiration for the troubled and deeply problematic figure of Victor Frankenstein is one of the primary areas of interest. A pretty popular, and generally accepted theory of the doctor’s origins is that he is partially based on none other but Mary Shelley’s husband, Percy Bysshe Shelley (yes, I blew the reveal in the title). 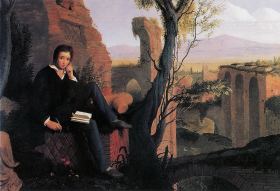 Here are some of the cornerstones of the argument:

Percy used the pen name Victor in a collection of poetry he wrote with his sister Elizabeth (writing as Cazire). You can read Original Poetry by Victor and Cazire on the internet archive. Check out the link in the references.

Percy took a keen interest in science since his early school days. His interests included astronomy, chemistry and… electricity. His interest was kindled by an assortment of teachers and tutors and he kept up to date with new developments in the scientific community, including the experiments of Erasmus Darwin as touched on in the 1831 introduction to Frankenstein³.

Antiquated Science and the Occult ⁴

In Frankenstein; Or the Modern Day Prometheus, Victor explains that at the foundation of his love of science is the, now outdated and viewed as occult, authors Agrippa and Paracelsus (see The Mortal Immortal for more on Mary Shelley and Cornelius Agrippa). Percy Bysshe Shelley was also familiar with the works of these specific writers and had more than a passing interest in their more outlandish hypotheses. He spent a good deal of money on books of witchcraft and magic when he was young, and you can certainly see that reflected in his poetry.

It seems that Mary sent Victor to Ingolstadt University which was known for a particularly atheistic movement headed by Prof. Weishaupt. A group was founded called … GASP The Illuminati in 1776. This group advocated for a more enlightened state not run by the government of their day or by the religious establishment, or some mix of the two. As you can imagine these ideas were fascinating to a radical (for his time obviously) atheist like Percy Shelley. So is the locating of Victor’s formative years in the Bavarian Ingolstadt a nod to Percy’s enthusiasm for the Illuminati? Possibly not, but it’s a nice idea.

It could be that Percy’s atheism was troubling Mary. She was more orthodox in her beliefs than Percy. It’s entirely possible, in fact probable, that Mary thought this desire to view the world without God was to greatly overestimate the role of human autonomy. The hubris associated with atheism and ideas behind self-determination certainly lends itself to a Frankenstein narrative when viewed through the lens of typically 19th century English sensibilities.

Similar to Mary’s despair at Percy’s dismissal of the role of a God as an omnipotent creator, was her dismay at the apparent indifference he demonstrated after the death of their first child. This is demonstrated in her letters to others. She felt the grief intensely but Percy seemed willing to leave the whole devastating business behind them without moarning as she did. This ability to shut out the tragedy of their first child’s death could potentially be seen as being echoed in Victor’s rejection of his creation.

There a few other points of commonality that I am not going to get into here include; family structure, education and Percy and Victor perhaps sharing an Oedipal complex, that last one is really interesting, but I have plans for that topic!

But there is also an argument that the poet was the inspiration for Henry Clerval more on that another time.

These theories are not mutually exclusive, it is entirely possible that Mary Shelley put a little of Percy in every guy she wrote. He was the main adult male person she spent time with for years after all. 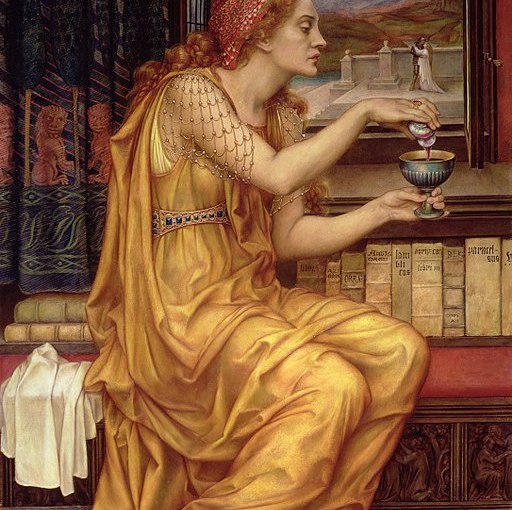 This article was written to accompany The FrankenPod’s continuing exploration of Frankenstein or The Modern Day Prometheus and its author Mary Shelley.

If Frankenstein is the centre of this gothic spiderweb we are clumsily weaving with this podcast I would be remiss in not exploring Shelley’s other texts. Particularly one of her other explorations of mortality, the 1833 short story, The Mortal Immortal. This story sees a much more mature Shelley, plagued by death and loss. She had outlived her friend Byron, her husband Percy, her half-sister Fanny, her three children William, Clara and an unnamed girl, her brother William the younger and she still felt the loss of the mother she had never known. Since Percy’s death, she had not remarried despite a number of guys showing a distinct interest. Perhaps she related to the lonely immortal wanderer of this story.

We are back with Agrippa again, actually literally with Agrippa. Through the eyes of Victor Frankenstein, we learn the profound effect that Agrippa’s quest for the elixir of life had on the young doctor a couple of hundred years later. In The Mortal Immortal, we find out what happens when we actually drink the elixir of life.

A young student of Agrippa who we only know as Winzy is our narrator. In the opening of this epistolary narrative Wizy records in his journal that it is July 16th 1833, so the year of publication. It is in the opening that Wizy also tells us that he is 323 years of age.

The story deals with the reality of what it would be like to not only rob another person of their immortality but to never grow old and to watch everyone you know actively age around you. I feel quite sorry for Winzy’s wife Bertha who is painted as shrewish as she gets older.

I kind of like to think of Mary Shelley’s texts existing in the same unique universe. If only the Mortal Immortal had crossed paths with Victor before he embarked on his horrific project, maybe he would have ceased his quest before he even started.

Available for purchase at The Book Depository