This week Morgan read the 1886 novel The Strange Case of Dr Jekyll and Mr Hyde by Robert Louis Stevenson and Brent watched the 2007 tv series Jekyll.

You can listen to our podcast on libsyn

Add The Frankenpod to your podcast app here

The book is the story of a doctor and his terrible secret.

The tv show is also about a doctor and his terrible secret except with shiny buttons, guns and Johnson from peep show. 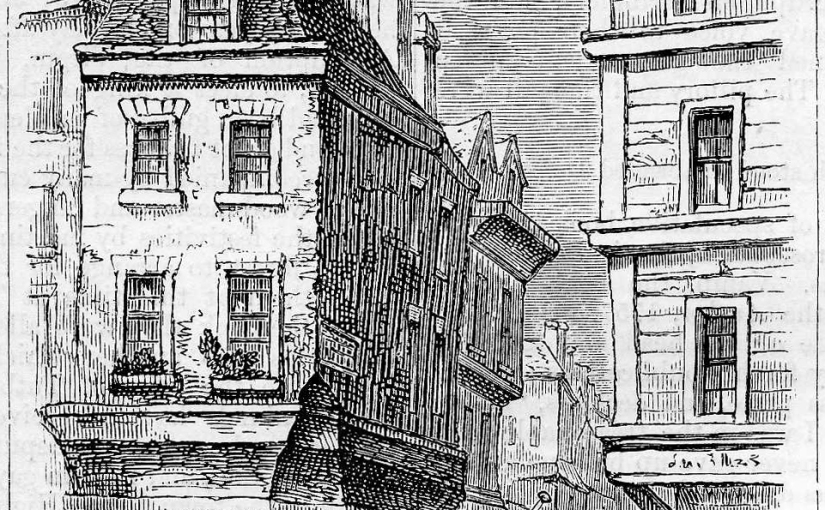 Welcome to The FrankenPod a podcast stitched together from the corpses of mystery, noir and gothic literature and cinema. This is just a short bitesize episode this week.

It’s so easy to get bogged down in the castles, monasteries and estates of the gothic tradition. The dramatic architecture featured in countless gothic tales such as The Castle Otranto, Northanger Abbey, The Monk and even isolated estates like Wuthering Heights are hard mental images to shake when conjuring up images of a gothic backdrop.

However, if we can depart from these places of heritage and means to more recently fabricated structures, the roads and slums of the city are certainly fit for our sinister gothic purposes.

The cold unfeeling city with its grit, grime and smog have become a staple in gothic literature since the industrial revolution. The distrust of mechanisation and the visible incorporation of the poor into that mechanisation made the city into a monstrous spectacle of poverty barely hidden from the upper and middle classes from whom a great deal of the literature of the time emanated. The impoverished and the working class were vulnerable, expendable and silent, as they had been for time immemorial, through feudal systems and imperialism. Things were beginning to shift in 19th Century England however as the industrialised city placed the new middle class in a position in which they could become socially mobile and have means to rival the aristocracy. And all classes were seemingly perched on a precipice, one false move and they could end up penniless in a poorhouse, at least that was the perception. This anxiety around class and poverty paved the way for writers like Dickens and Henry Mayhew who show the perils and pitfalls of a class system in crisis.

Henry Mayhew is not one of our gothic authors but is an early investigative journalist who spent a lot of time interviewing the poverty-stricken of London. One of my favourite writers William Makepeace Thackeray wrote of Mayhew’s work ‘London Labour and the London Poor

‘A picture of human life so wonderful, so awful…so exciting and terrible’

The city of Paris in a state of revolutionary crisis is the not only the setting but key to Guy Endore’s portrayal of the Werewolf in The Werewolf of Paris. Paris is continually cannibalising itself in much the same way as the Werewolf does to his victim. Endore’s story is one I would love to examine further, but that will have to wait. Here, however, is a quote from the narrative that explores the inhumanity and mass atrocities that occur when a city beset with internal conflict:

“Why should this one wolf be shut up for an individual crime, when mass crimes go unpunished? When all society can turn into a wolf and be celebrated with fife and drum and with flags curling in the wind? Why then shouldn’t this dog have his day too?”

For more listen to The FrankenPod Episode “The Cold Unfeeling City”